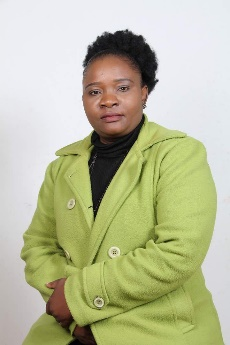 The Department of Nursing Science’s mission is to contribute to the development of health professionals and scholars to promote health and social justice through caring for individuals, families and communities by developing nursing knowledge, research and best relevant nursing clinical practice

Vision: Our vision is to be recognized as the Centre of excellence in the development of diverse advanced nurse administrators, leaders, practitioners, educators and researchers; nationally, regionally and internationally.

The Department of Nursing was established in 1985 as a response to societal and professional needs. Acting on the recommendations made by the Commission on nursing to increase the number of degreed nurse graduates in the country, a team conducted a feasibility study that led to the initiation of the school of Nursing at the University. The initiative to establish the Department came from the Zimbabwe Nurses Association, Ministry of Health and Child Care and society. In March of 1971, a team was appointed to develop the nursing program. Approval of the program was obtained for the department in 1985. The first chairperson was appointed and in 1985 and the department was established in the post basic school.

The first students were admitted in 1987 to read for the 4-year BSc in Nursing. These students were diploma trained with several years of clinical experience. They specialized in either Nursing Administration, Nursing Education or Community Health Nursing. Some of the students in these early programs are now teaching in the department while others are in head office and provincial offices of the Ministry of Health and Child Care. This stopgap program was completed in 1999 with the advent of the generic degree program in nursing.

Several senior nurses heading Ministry of Health and Child Care Offices at Head Office and provincial level have gone through this program. This also includes those at Central Hospitals (i.e., Principal Tutors and Principal Nursing Officers). Nearly two hundred (200) have been trained to date. The department has also trained students from SADC countries.

In 1998 the department started the Generic BSc (Hons) Nursing program. This is for “A” level school leavers with three good passes in Biology, Chemistry, Physics and Mathematics. The program is for four years. The first group had 18 students. This program has attracted many school leavers, with as many as 60 candidates applying to be admitted. Over 400 students have graduated from this program. These graduates are found working in various areas of the health delivery system – public, private, NGO’s. Some have moved to the SADC countries and beyond.

The department has produced researchers who have been working with other institutions and departments. It is of note to realize that a number of universities in the country which have established nursing departments have used the University of Zimbabwe model. Former students of the department are running some of these institution’s programs. The future is interesting and challenging. There is collaboration with University of Malawi (Kamuzu College of Nursing), University of Zambia and NORHED to help build capacity.

A novel nursing midwifery training program is being implemented to build capacity in the 3 participating countries. The program to is to foster collaboration among Malawi, Zambia and Zimbabwe with mentorship from the 2 Norwegian Universities. Pooled together the available staff in 3 countries form, a critical mass of faculty available for the required supervision and mentorship to build the required capacities in these universities.